Own THE LITTLE PRINCE on Blu-ray NOW! 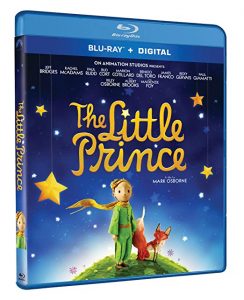 A little girl is trying to get into the prestigious Werth Academy, but sometimes planning a little too much can go wrong. After failing her interview her and her mother decide to move into the Werth Academy school zone. The only problem is that their house is next to a very old run down home that has an elderly but energetic ex-aviator living next door.

The old man likes to start up his plane in his back yard and that happened to cause a little damage to the little girl and her mother new home by creating a huge hole in the side of their new home. The old man means well so he befriends the little girl and begins to tell her a story about a young prince while she is home alone studying for her next shot at Werth Academy.

Overall, this film was quite enjoyable. The original novel being from 1943 and being adapted into this film was done very well. I can’t say enough good things about this film. I hate that it took me six years to ever hear about it. Watching now now on 1080p quality blu-ray is definitely the way to do it!

The video on blu-ray is a 1080p quality. The visuals on this animated film was amazing. The colors that were used throughout the film were very eye appealing and was a great choice made by the creators. Being able to see all the textures the 1080p quality was able to put out was quite impressive.

The audio for the film was the perfect balance. Obviously, with animated films all the voices are as crisp as ever since the actors do all their work in a state of the art sound studio so this film didn’t miss any notes. The voices and sounds throughout the film was excellent. 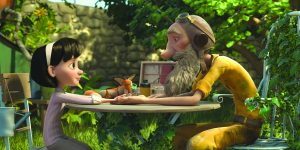 Bonus Features:
The Making Of: THE LITTLE PRINCE
“Turnaround” – Music Video by Camille