MORGUE is a Paraguayan thriller horror film directed and produced by Hugo Cardozo. The story is about private security guard Diego Martínez, who, while working the nightshift in the Regional Hospital of Encarnación, gets locked inside the morgue and experiences a series of haunting paranormal events. 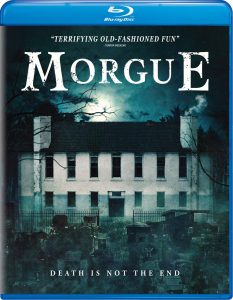 This film begins following a seemingly happy going guy named Diego (Pablo Martinez) that is shopping before heading to his overnight security job at the hospital morgue. Well, Diego ends up do what so many people do and that would be paying too much attention to his cell phone instead of the road and he ends up hitting a man and driving away from the scene. Diego thinks that would be the last he would see of the man but instead the same man he hit ends up at the same hospital he works security at. This does not end up being the normal night at the office for Diego.

The video on blu-ray is a 1080p quality. The film mostly dark lit since it was taking place in a morgue. Lighting was displayed with things such as flash lights and cell phones for FaceTiming video calls.

The audio for the film was the pretty good considering the only dialogue spoken is from the main character and that was mixed with very well done ambient sounds and fast moving sound effects. The sounds wanted to display a very creepy vibe and it definitely succeeded. 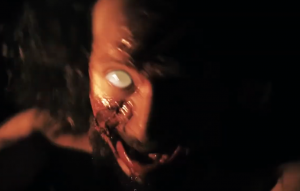