PROFILE is a 2018 computer screen thriller film directed by Timur Bekmambetov, from a screenplay by Bekmambetov, Britt Poulton, and Olga Kharina, based upon the non-fiction book In The Skin of a Jihadist by Anna Erelle. It stars Valene Kane, Shazad Latif, Christine Adams, Amir Rahimzadeh and Morgan Watkins.

Own PROFILE on August 10th! 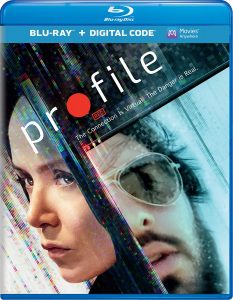 This movie is very much along the same lines as “Searching” and ‘Unfriended”. Which makes a lot of sense after researching that they all share the same producer. This film was defiantly an intense thriller happening on a computer screen. That makes this thriller even more scary is that it is actually based off a true story.

Amy (Valene Kane), is a British journalist that has decided to go undercover and infiltrate online propaganda channels within the Islamic State. The one thing that Amy doesn’t expect to happen is that she would fall in love with the man named Bilel (Shazad Latif), that she was originally trying to infiltrate. 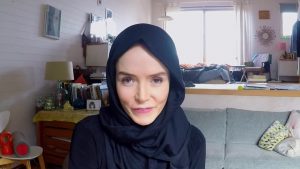 The video on blu-ray is a 1080p quality and is pretty clear considering the main two actors are using pop to date technology and applications to communicate so they wanted the video quality to compare to real life. Obviously, with some internet difficulties in the real world their would be moments where the screen weren’t the best quality due to lag and video quality.

The audio did a very great job being sure the heavy dialogue feature was ear pleasing. Much like the video quality the audio would run into the same issues due to the feature wanting to focus on being real life tech issues. So there was gonna be some static and audio that was a little off. 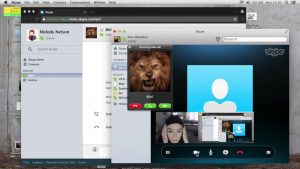