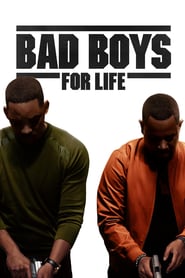 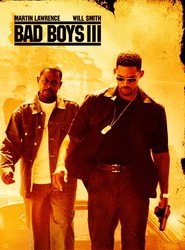 Well this is big news for Joe Carnahan. Word from Deadline is that Joe Carnahan, who last directed the film Stretch, is looking at taking over Bad Boys 3 in development at Sony Pictures. They say that Carnahan is "in early talks to do a quick pass to possibly direct". That means that he's going to revise the script, and maybe direct, Bad Boys 3 next for the studio. The first two Bad Boys movies starring Will Smith & Martin Lawrence were directed by Michael Bay, produced by Jerry Bruckheimer, when this group was actually delivering great action movies. We're been hearing about a Bad Boys 3 for a while, with Lawrence saying it's close to happening as of late last year. This might be the final piece of the puzzle, with things moving fast.

The original Bad Boys first hit in 1995, and 2003, eight years apart. And they're actually awesome action movies, better than expected. By the time this comes out it might end up being 14 years since the last one, so they better figure out something unique with the characters, especially if they're bringing back Will Smith & Martin Lawrence. Speaking of, the report adds that "this is all moving quickly as the studio wants to have the movie for Will Smith to consider as his next slot after Suicide Squad." Joe Carnahan is actually the perfect choice if they can't get Michael Bay, as he has action experience with The A-Team and Smokin' Aces. If you haven't seen his latest, Stretch, it's on Netflix here. We'll definitely be keeping an eye on this sequel.

No Michael Bay = No!
Reactions: ocielz

cooey said:
No Michael Bay = No!
Click to expand...

I agree.......but I did enjoy The A-Team and Smoking Aces

But Bay can direct Badass Action and that's what this needs!!!!

Yes Yes!!!!! Need it Now!!! With Best Picture and Best Sound also if they can Remaster BB 1, That be Great!!
Reactions: luke98 Sony Pictures’ long-in-development Bad Boys 3 seems to be picking up steam this week, first with Will Smith telling BBC 1 that he recently reunited with co-star Martin Lawrence for a friendly meeting, and now The A-Team and The Grey director Joe Carnahan (taking the reigns from Michael Bay) has posted two new images of action scene pre-viz on his Twitter feed. Check out the pics in the gallery below!

The scene, which takes place at night on a bridge in what we assume is Miami, offers the kind of bombastic explosions the series is famous for, and also looks to put Detective Mike Lowrey (Smith) in the middle of a motorcycle chase with a bad guy. Fathy Hassan (Suicide Squad, Teenage Mutant Ninja Turtles: Out of the Shadows) is the current visual effects supervisor on the threequel, and presumably this sequence.

“I saw Martin a few weeks ago,” Smith told BBC 1 (via The Verge). “I haven’t seen him for about two years. We just looked at each other. We hugged. In that moment, we knew we were making another ‘Bad Boys.’ We’re definitely doing another one.”

Although Smith and Lawrence may return, Sony had originally hoped to fast track the project to be the next movie for Smith after he’d finished with Warner Bros.’ Suicide Squad, but the actor has moved on to the drama Collateral Beauty.

The original Bad Boys was released in 1995 and it grossed a relatively tame $65 million, but by the time Smith and Bay returned with Bad Boys II in 2003, they both were big enough names for a $46.5 million domestic opening (not bad for an R-rated film at that time) and a worldwide gross of $273 million.

Jerry Bruckheimer is expected to return as a producer, with a screenplay by David Guggenheim (Safe House). Sony currently has Bad Boys 3 dated for February 17, 2017, with Bad Boys 4 (which we hope is called “Bad Boys 4 Life”) scheduled for July 3, 2019, although as with other ambitious sequels planned as two films like Mad Max: Fury Road and Independence Day: Resurgence, the two Bad Boys sequels may be folded into one before all is said and done.
Click to expand...

Really looking forward to this, but I still wish Bay was directing. I don't have much faith in Carnahan, since his previous action-comedies were pretty bad IMO... thankfully he hasn't written this one though, so there's still hope!

After years of speculation, Will Smith confirmed during the press tour for Suicide Squad that he would reteam with Martin Lawrence for a third Bad Boys film. However, with pre-production not officially underway yet, it would have taken a herculean effort for Bad Boys 3 to meet its original June 02, 2017 release date.

As many expected, yesterday saw Sony adjust its release schedule and move Bad Boys For Life to January 02, 2018.
Click to expand...

Bad Boys for Life has had one hell of a journey getting to the big screen, with the initial development coming six years after the first sequel and last year seeing major progress being made, with a release date, director, script and shooting schedule all in place, only for it all to fall through when director Joe Carnahan (The Grey) left the project and Sony removed the film from its release schedule. However, it found new life in February when Belgian directors Adil El Arbi and Bilall Fallah were hired to direct the picture and stars Martin Lawrence and Will Smith were announced to be reprising their roles.

Wow I thought this was dead.

Wonder if they will connect it to the Bad Boys spin off TV show they are making with Jessica Alba and Gabrielle Union?

cant be worse than part 2

tommyh84 said:
Will Smith looks like he hasn't aged a day since the original Martin Lawrence on the other hand looks like he's had one too many pies