On May 23, join comedian Trevor Noah and members of the DICE team as they present the Battlefield™ V Live Reveal. As the live stream draws near, we’ve compiled the top ten things to look forward to.

It’s a brand-new experience and still everything you love about Battlefield – where every fight is different and brought to life across unexpected theatres of war. Discover the new challenges that will change war forever.

Battlefield 1 gave players the definitive World War 1 experience that brought the dawn of all-out war to life. But the next Battlefield happens on another frontline. The live reveal will give players the first look at DICE’s immersive portrayal of the new setting.

3. Info Straight from the Developers Behind Battlefield V

Come for Trevor Noah, stay for the developers. Hear from DICE team members Oskar Gabrielson, the head of DICE Stockholm, Andreas Morell, senior producer, Lars Gustavsson, creative director, and Daniel Berlin, design director, as they fill you in on their Battlefield V vision.

You can of course expect large-scale multiplayer in the next Battlefield – but Battlefield V takes it to the next level. Prepare for multiplayer that spans multiple maps and modes, meaning you’ll experience more varied and exciting Battlefield moments.

Battlefield has always been about high-fidelity immersion, and Battlefield V isn’t any different. Tune in, and you’ll be among the first to hear and see the stunning environments that you’ll soon be playing within.

A player-favorite from Battlefield 1, Operations have given you the chance to take epic journeys across several maps. Will this teamplay-focused experience be in the next Battlefield? You’ll know if you watch the live reveal!

While we don’t want to scoop our own reveal, you can bet your favorite Battlefield 1 weapon that exciting gameplay changes are coming. Because of this, we suggest not even blinking during the Battlefield V Live Reveal.

The comedian and host of the The Daily Show is not only a gamer, but a defender of video gaming. Funny, smart, and loves video games? We couldn’t think of a better person to host our live reveal then this South African legend.

9. The Return of War Stories

DICE believes in both all-out multiplayer and single player, and the live reveal will have more info on the returning fan-favorite War Stories. Prepare for untold, compelling narratives in a new setting.

10. Answers to All the Speculation Last edited by a moderator: Jun 3, 2019
Reactions: bloodsnake007 and tridon

All over this!! Very intrigued to see the setting of the game
Reactions: bloodsnake007

Instant purchase! Will be going Xbox for it this time though.

October will be busy/expensive month with BF, COD and Red Dead Redemption. It's unfortunate everything always comes out right around the same time and limits the possibility of players getting all three at release date. However, it's probably good that players get a choice if they're not a BF fan or vice versa.

BF has always been one of my go to games for multiplayer. It started on pc and I've recently switched to only console due to easy access. I'm kinda sick of the server issues day 1, which inevitably gets fixed after some maintenance but the change with dropping premium pass and offering DLC for free at least shows they're maybe trying to listen. 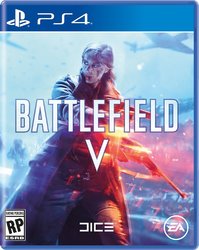 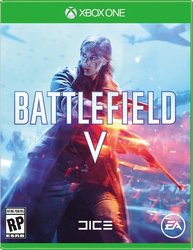 Looks awesome! Ill be getting my Xbox 1 version.

The Open Beta starts September 6, but there are a few ways to play two days early.
https://www.battlefield.com/news/battlefield-5-open-beta-announcement

This has been delayed by a month (November 20th). I was kinda looking forward to it but like I mentioned before here Oct was already pretty stacked with releases. Guess this gives time to work out the kinks from the beta so release goes smoothly as possible. At least that's my hope

I've been playing some of this.

That looks like a pretty cool new game mode. My partner got me this for Christmas but I haven't played it yet. In the last week or two of renovating our house so should get to sesh it soon.
Reactions: Wreck

Completed the story on hardcore yesterday, probably the most boring BF campaign ever. The multiplayer is great as always and tbh thats the main reason i bought it