We regret to announce that the pre-order date for The Imitation Game(+ Becoming Jane) has been pushed back from December 29 to Early January of next year.

It's taking the film's distributor longer than usual to approve our package design since we're in the holiday season. The exact date and time for the pre-order will be announced as soon as possible. We offer our sincere apologies for the delay.

"EARLY BIRD PROMOTION : You can get a disctount for all pre-order items during FIRST 24 HOURS. (Until 10AM, Jan 30, KST)" 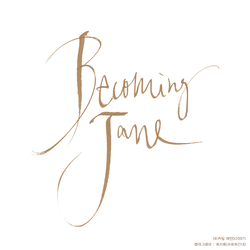 Daaang love that spine! As per usual with me and PA, this will be a blind buy
Reactions: NoDingsNoScratches and harry

Not heard much about the film but that does look fantastic!
Reactions: NoDingsNoScratches and harry

we love this movie.
Reactions: NoDingsNoScratches

Thanks @harry
Plain is killing me.

Thanks for the tag @harry it's an awesome package love the front artwork.
Reactions: NoDingsNoScratches and harry

This will be My FIRST PA, does it sell out minutes after going live like other companies ? Just want to know what to expect

Actarus said:
This will be My FIRST PA, does it sell out minutes after going live like other companies ? Just want to know what to expect

For this release i dont think so but for Oldboy, it will be sold out fast
Reactions: NoDingsNoScratches and Actarus

Have we determined what No. 15 is? I want to say Act of Killing but I can't remember
Reactions: NoDingsNoScratches

Raggle Fraggle! said:
Have we determined what No. 15 is? I want to say Act of Killing but I can't remember
Click to expand...

Wiki:
Becoming Jane is a 2007 British-Irish historical biographical film directed by Julian Jarrold. It depicts the early life of the English author Jane Austen and her lasting love for Thomas Langlois Lefroy. American actress Anne Hathaway stars as the titular character, while her romantic interest is played by Scottish actor James McAvoy. Also appearing in the film are Julie Walters, James Cromwell and Maggie Smith. The film was produced in cooperation with several companies, including Ecosse Films and Blueprint Pictures. It also received funding from the Irish Film Board and the UK Film Council Premiere Fund.

The film is partly based on the 2003 book Becoming Jane Austen by Jon Hunter Spence, who was also hired as historical consultant. The final screenplay, developed by Sarah Williams and Kevin Hood, pieced together some known facts about Austen into a coherent story, in what co-producer Graham Broadbent called "our own Austenesque landscape." According to Hood, he attempted to weave together "what we know about Austen's world from her books and letters," and believed Austen's personal life was the inspiration for Pride and Prejudice.[4] Jarrold began production of the film in early 2006, opting to shoot primarily in Ireland as he found it had better-preserved locations than Hampshire, England, where Austen was raised.

Released firstly in the United Kingdom on 9 March 2007 and in other countries later in the year, Becoming Jane earned approximately $37 million worldwide. The film received mixed reviews from critics. Hathaway's performance received mixed critical reception, with some reviewers negatively focusing on her nationality and accent. Commentators and scholars have analysed the presence of Austen characters and themes within the film, and also noted the implementation of mass marketing in the film's release.
Reactions: lolwut, NoDingsNoScratches, dan8885 and 3 others

Thanks buddy. Love the spine design. I figured the movie has something to do with books/history. Hats off to PA for keeping their design relevant to the film.


Actarus said:
This will be My FIRST PA, does it sell out minutes after going live like other companies ? Just want to know what to expect

What!? You've never bought from PA??? Shame on you!

I know their choice of films are not for everybody

Hmm, is this PA's first mixed review from critics? Not that critics are the end all be all but I'm just saying. That trailer was also very 90sish lol with the voice over. Not sure how I feel about the film. Usually the films PA release I have not seen before so they are blind buys. However, most of them have great performances and moving stories. This one...I dunno.
Reactions: lolwut, RepoMan90 and Fisheds

This looks great. Really looking forward to it.

nicblue said:
Hmm, is this PA's first mixed review from critics? Not that critics are the end all be all but I'm just saying. That trailer was also very 90sish lol with the voice over. Not sure how I feel about the film. Usually the films PA release I have not seen before so they are blind buys. However, most of them have great performances and moving stories. This one...I dunno.
Click to expand...

Gotta agree. This the first film PA have chosen I have zero interest in. :/
Reactions: lolwut

Ok, I love Plain Archive and everything they do, their attention to detail in design and focus on title choices that they respect and admire is something that I have a lot of love for, and I have no doubt that this release is going to be just as gorgeous as all of their previous efforts. But I have to say, and maybe its just me, but it seems their release schedule is getting a little out of control. Including this new announcement it means we now have:

That's 15 titles that have been announced and yet to be released/gone up for pre-order, and if you include their upcoming 2nd release of Blue is the Warmest Color, it rises to 16. I'm actually not even sure I've remembered them all, I may have missed one or two announcements but its becoming quite hard to keep track. In the almost 2 years since they started, Plain have only released 13 titles and that's if you include the recently gone up for pre-order Frank. An example of what I mean is Oldboy, which was first teased on their facebook page way back when they started getting ready to ship The Wrestler, (their very first release) and it was supposed to be released to celebrate the films 10th anniversary (2004 - 2014) which was now well over a year ago. I love P.A and everything they do, because I have huge respect for their choice of titles and because it is so obvious that they love what they do, it shows in every aspect of all their releases to date. But they need to do just that, stop announcing whats to come and actually release some of them. Because if you go by their rate of production up to this date, its going to take them a little over two years to release all the titles listed above, and that's not including any more titles that could also be announced in those two years.
Last edited: Oct 30, 2015
Reactions: WKRP, NoDingsNoScratches, AlienKing and 5 others

Another incredible PA's project. This time I can say I heard about the movie, my wife loves it.

Thanks for the tag my friend @PunkNinja
Reactions: NoDingsNoScratches and teddyjun
Show hidden low quality content