You are using an out of date browser. It may not display this or other websites correctly.
You should upgrade or use an alternative browser.
Added to Calendar: 08-02-21 Last edited by a moderator: Jun 5, 2021
Reactions: CollectorEmtee, Robles, Masterwu and 7 others

I quite like this even though it's majorly photoshopped 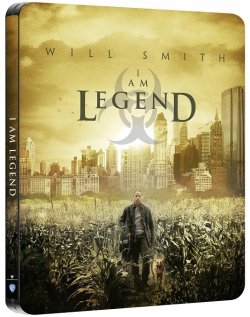 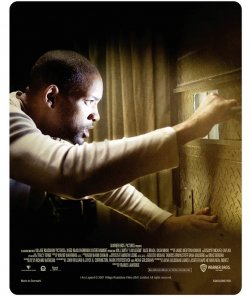 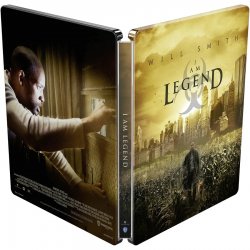 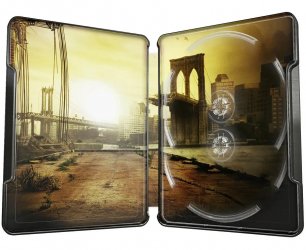 Not liking the yellow filter. If this is matte it will look so washed out.....

BluSteel2012 said:
Not liking the yellow filter. If this is matte it will look so washed out.....
Click to expand...

still, it will be the best steelbook in your collection

TheCollector86 said:
still, it will be the best steelbook in your collection

you are so evil

Retro Parrot said:
don’t think there’s any chance of them letting New York get over grown with corn fields and trees so photoshop was their only answer lol.
Click to expand...

However they did it (and I don't want to know) overgrown Washington looked amazing in Logan's Run:- This is really solid.

Obnoxious recommendation no one solicited: read the book. So good.

Space Cadet said:
The movie could have been SO much better. Hollywood once again fu...ed up. And that cover is SO photoshopped.

snooloui said:
This is one of those movies that could have been great but wasn't. Also, the Steelbook looks crap; blurry and badly photoshopped. It's like when you're watching a 3D movie as a kid and you take the glasses off to see what it looks like and you almost have an aneurysm and have to quickly put them back on.
Click to expand...

appreciate the film may fall down for you for other reasons, but if you have not, try and see the alternate ending, the one the studio stepped in and changed to the theatrical release. it's much better. it's on all the releases to date as an extra, i think.

actually, Warner Bros. seem to step in over their directors and change almost all their tentpole films (although not Nolan's, as he has final cut in his contract, rare these days). how many Warner films have had (to have) director's and other cuts later to rectify studio interference?


Shark said:
This is really solid.

Obnoxious recommendation no one solicited: read the book. So good.
Click to expand...

couldn't agree more. the book is excellent, and also almost completely different from the film, which is very definitely an 'adaptation' of the source material. and it's not even that long. Still haven't seen the first of the four films - LAST MAN ON EARTH from 1964 starring Vincent Price - based on the 1954 book 'I am Legend' by *Richard Matheson but as that's coming out later this year I may get the chance to do just that.

* A really talented guy responsible for writing at least two classics novels - which spawned two excellent movies DUEL and THE NCREDIBLE SHRINKING MAN - plus sixteen episodes of the brilliant TWILIGHT ZONE series in the 1950s/1960s as well as several adaptations of Edgar Allan Poe stories for Roger Corman and American International Pictures - HOUSE OF USHER, THE PIT AND THE PENDULUM, TALES OF TERROR and THE RAVEN.
Reactions: jailbird_joey and jonnybobbytimmy

you so cool
Reactions: MM3

Cool it's from one of the original posters Not sure if to get it though, I've seen it once and can't remember if it was actually any good