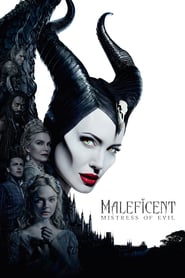 We knew this was coming!

Disney is ramping up development of a “Maleficent” sequel, as Linda Woolverton is in talks to return to write the screenplay, an individual familiar with the project has told TheWrap.

Woolverton will write the script with the expectation that Angelina Jolie will reprise the title role in the live-action fairy tale, though she does not have a deal in place.

Joe Roth will return to produce the “Maleficent” sequel, though director Robert Stromberg is not expected to return.
Click to expand...

EXCLUSIVE: Joachim Rønning, who helmed Jerry Bruckheimer’s Pirates of the Caribbean: Dead Men Tell No Tales for Disney, is in talks to direct another Disney tentpole franchise: the sequel to the studio’s 2014 worldwide box office hit Maleficent. Angelina Jolie confirmed to Deadline last month that she will to return as the lead character based on the nemesis first introduced in the studio’s 1959 fairy tale Sleeping Beauty. The project is expected to go before the cameras in the first quarter of 2018.
Click to expand...

A new teaser poster reveals the sequel's title along with an official release month, which has been brought forward to 2019... Noodles said:
A new teaser poster reveals the sequel's title along with an official release month, which has been brought forward to 2019...

Disney’s Mistress of All Evil is back — and faces a new formidable royal foe in the anticipated sequel to Maleficent, as the studio presented the first official footage of Angelina Jolie in the titular role on Wednesday at CinemaCon in Las Vegas.

2014’s Maleficent follows the fairy turned evil sorceress from Sleeping Beauty,who cursed the King’s daughter Aurora (Elle Fanning) to prick her finger and fall into a deep sleep from which only true love’s kiss could awaken her, as Maleficent embarks on a journey in which she becomes a guardian to Aurora as she grows up in exile in the Moors, and discovers her maternal love for the young princess.

The footage unveiled of Maleficent: Mistress of Evil, due in theaters Oct. 18, revealed that Maleficent and Aurora’s relationship will be tested when Prince Phillip asks for Aurora’s hand in marriage and brings her to meet his mother, Queen Ingrith (played by Michelle Pfeiffer), a character that will cause a rift between Maleficent and Aurora. “The queen is a smart woman, which makes her formidable, and that’s fun,” Jolie said in a video clip shown between scenes from the film, which were not released publicly.

“Aurora and Maleficent love each other so much, but there is a huge divide between them,” Fanning added in the video. “Maleficent is still a little wary of the humans, and Aurora is dealing with a burden of coming into a new life to be this cookie-cutter royal, which is not what Aurora is.”

Jolie teased that the film “will give audiences not just the characters they know but also a new, surprising world.”

Hmm... looks ok I guess. Need to rewatch the first to decide if I even want a sequel. 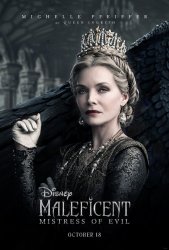 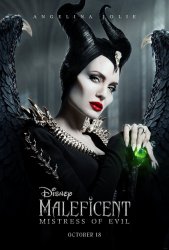 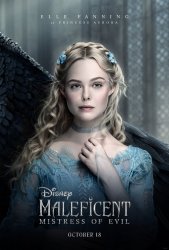 Works great as a steelbook too... 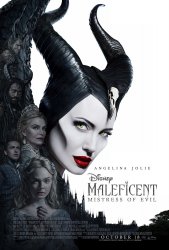