Plot: A cryptic message from Bond’s past sends him on a trail to uncover a sinister organization. While M battles political forces to keep the secret service alive, Bond peels back the layers of deceit to reveal the terrible truth behind SPECTRE.[/MOVIE1][POSTER1] 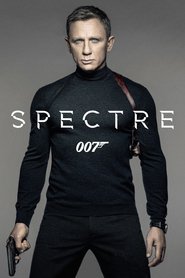 As Skyfall opens today in the biggest release ever for a James Bond film, plans are already well under way for the next 007 thriller starring Daniel Craig.

There was a four-year wait between Quantum Of Solace and Skyfall (Bond 23). However, Bond 24 is already in pre-pre-production and the plan is for it to start shooting at Pinewood Studios around this time next year and be ready for cinemas in the autumn of 2014.

Money maker: Skyfall, starring Daniel Craig, is likely to make more than £20 million at the box office
Screenwriter John Logan has been hired to write Bond 24, and he will pen it on his own.

On Skyfall, he was brought in by director Sam Mendes and producers Michael G. Wilson and Barbara Broccoli to re-write the existing Skyfall screenplay that had been created by Neal Purvis and Robert Wade.

Purvis and Wade had worked on a total of five Bond pictures, starting with 1999’s The World Is Not Enough — which is a strong record — but they felt it was time to move on. ‘They’ve had a tremendous run,’ an executive associated with the pair told me.

The outline for Bond 24 is a closely held secret and so far just Wilson, Broccoli, Craig and trusted aides know the storyline for the film featuring Ian Fleming’s ‘blunt instrument’.

Fleming famously told the New Yorker, back in 1962, that he wanted Bond to be ‘an extremely dull, uninteresting man to whom things happened’.
Click to expand... 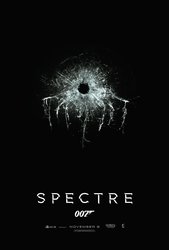 Glad to see a good series keep going and not get re booted for no reason.
Reactions: Hussun

And Sam Mendes will be back directing
Reactions: bloodsnake007, DADDYCOOL187, Hussun and 1 other person

Great news, I really hope Penelope Cruz will be the Bond girl in the next one.

The shoot-date has been scheduled for December! Full story HERE!

I can't wait for another Bond.I loved Skyfall and the few bond movies i have seen.I wonder what Naomi Harris will be up-to this tome around.

I do like the supporting cast. I cannot say I was a huge fan of Skyfall though. The villain was either psychic so not written very well.

There were aspects of Skyfall that I didn't like but it'll be interesting to see what this one's like. I liked the villain in Skyfall though, thought he was played very well.

And Sam Mendes will be back directing
Click to expand...

UK release date on my Birthday

I love these Bond movies with Daniel Craig!

The new film, set for release on November 6, 2016, will again be directed by Mendes, helmed Skyfall helmer. Barbara Broccoli and Michael G. Wilson will produce.
Click to expand...

Waltz is sitting in a glamorous restaurant, alone.
A mysterious man in a suit arrives and takes a seat without being welcomed. He fixes his tie, "Bond... James Bond" he says to the gentleman across from him.
Waltz has a devilish grin. "Yes. I know." he calmly responds as he waves to a nearby waiter.
These two men are NOT friends.
As the waiter arrives, he asks what will they be they having.
With complete assertiveness, Bond responds, "Vodka Martini. Shaken not stirred."

With a menacing expression, Waltz demands, "A Strudel and a cup of Espresso." The waiter then takes a step, but before he could turn away his arm is violently grabbed onto, "Don't forget the creme!"

Waltz as the new Blofeld would be amazing.

Would love a new spectre with the likes of:
Waltz
Strong
Hardy (I think he would be a brilliant Red Grant)
Reactions: Basil

Title and Cast for Bond 24 to be Revealed on Thursday! have revealed plans for a live announcement at the 007 Stage at Pinewood Studios where the title and cast of the 24th James Bond film will be revealed as production is set to begin Monday, December 8. Fans from around the world will be able to watch the announcement online via live stream at 007.com which begins at 11 a.m. GMT (6 a.m. ET, 3 a.m. PT). Check back here on Thursday for all the details!

Set for release on November 6, 2015, Bond 24 will once again see Daniel Craig in the leading role along with returning cast members Ralph Fiennes, Naomie Harris, Ben Whishaw. Christoph Waltz, Léa Seydoux, and Dave Bautista have also reportedly joined the cast. Sam Mendes returns to direct the film, which is produced by Barbara Broccoli and Michael G. Wilson.
Click to expand...