Judging from the name of the film Hall Pass you might get the wrong impression about the plot since it has nothing to do with hall passes or college campuses. Nonetheless in spite of being the exact opposite the movie will easily succeed in making you laugh and hopefully a great viewing experience. I think this film is better enjoyed socially as opposed to viewing alone.

This comedy movie directed by the Farelly Brothers stars , Rick (Owen Wilson) and Fred (Sudeikis) who are two happily married men who live very average lives which causes them to feel extremely restless. The solution that is given to them by their wives, Jenna Fischer and Christina Applegate, is a week off from marriage. For the two men this means that they have seven days to have a blast and enjoy their time as bachelors once again. If think you can get an idea of the comedy involved by simply watching the trailer you will definitely be in for a surprise because the movie is filled with endless bits of comedy. Whether those bits of comedy are your taste is another thing. I think the film had a lot of high points but then there seemed to be a lot of filler as well.

It’s been a while since the Farrelly Brothers have churned out another classic since their glory days. This isn’t Dumb and Dumber, it’s not There’s Something About Mary, and it’s not eve Stuck On You if you ask me. However, Hi-Def Ninja writer Jef thought a bit more of the film when he attended the advanced screening of Hall Pass. The Video Quality is more than adequate for a film of this magnitude. It’s a comedy, and if it looks clear whilst the colors pop then you got yourself a fine edition in regards to video quality for any comedy. Hall Pass does just that. The only small instances of film grain that I encountered were during the night club scene, but it gave it a bit of an edge doing that. Who knows, may have been director intended. Regardless, overall the video quality is more than fair for this release and in fact was great. There won’t be many complaints in this department. 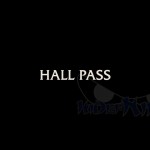 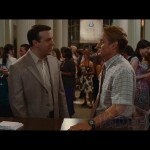 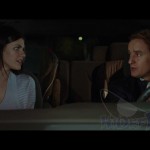 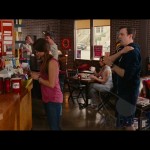 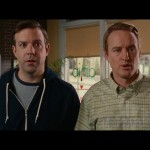 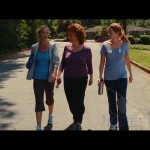 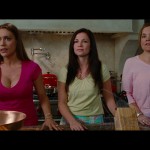 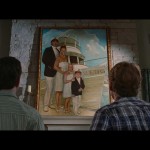 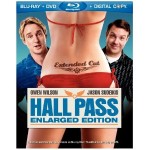 Hall Pass makes it’s way to blu-ray with a 5.1 DTS HD Master audio track that more than meets the score. It’s a comedy, and with most comedies you have a front heavy track. Hall Pass is no different. There are very few instances that the rears bare their ugly head but it does happen. WB’s lossless track handles this film with fine resolve. You won’t see people going crazy on the interwebs bashing the audio track on this one. It does the job, and does it well. Gag Reel (HD): A small featurette of outtakes. Nothing special. Overall if you are a fan of the Farrelly Brothers and their way with comedy then you may enjoy this quite immensely. The video and audio quality do a fine job for this release, so there is nothing to worry about in that department. If you are easy on the laughs then you probably won’t have any quams against this movie. Personally, I thought it had it’s moments, but then had a lot of plot that just seemed to drag on. I’m usually a fan of Owen Wilson, but I was glad when this one ended. The special features aren’t very special especially in regards to the “enlarged” edition. Comedy lovers, I recommend a rental before purchase.