On June 16th, Target released their exclusive Blu-ray SteelBook version of CHAPPiE as a single disc packed with an excellent film and tons of bonus features. The release also includes the UltraViolet Digital Copy.

The SteelBook itself is a matte finish with a deep red for background color on both the front and back. The front image of Chappie has an almost “drawn on” look as opposed to photo. The back is also of Chappie, but it has him creating his artwork. As far as the inside, the artwork is of some of the character’s graffiti. 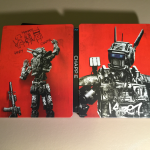 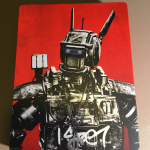 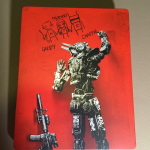 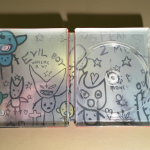 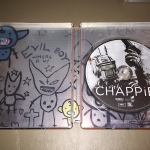