As I was saying on their facebook post I don't see why as a re-release they didn't have anything more eye popping like the blu fans one. They know how much **** went down on here over it since they are on this site themselves (if they take notice). If they are re-releases wouldn't they have more control of the artwork aswell? I mean it's better then the Civil War one...that's awful

I might get this since I don't have a Doctor Strange one, although I feel every time I'll look at it I'll think "could have been the blufans one"

Hopefully they do Guardians of the Galaxy 2 next and maybe some Disney/Pixar re-releases like Zootopia, Inside Out, Finding Dory, Monsters University, Moana etc
Reactions: neo

Love it! Will defiantly be in for this and civil war. Fell this is kind of early for this one.

Nice idea but showing a distinct lack of imagination.
Lovely inside art though. Hmmm, not too sure. 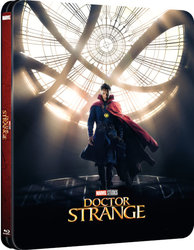 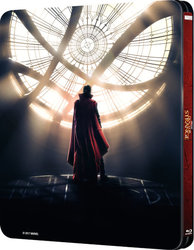 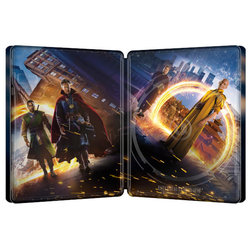 Back artwork same as Blufans steelbook

I will probably though end up getting this

I'll still be buying it but I wish they'd waited a bit longer. After seeing the Civil War thread I was hoping they'd announce Luke Cage for order on Sunday

So with Lenticular meaning a Border ?

Hhmm not sure about this one, not as bad as Zavvi’s AOU or Antman but definitely lacking the wow factor

Can't help feeling v. disappointed that the front art and lenticular is not this one - the best of the "Doctor Strange" posters and the perfect choice . . . with depth of at least three layers, lovely colours and strong art making for a perfect front:- Steelbook has Embossing and Debossing on the front and back
Reactions: tommyh84
T

paulboland said:
Steelbook has Embossing and Debossing on the front and back
Click to expand...

I like it, but can understand why some wouldn't. Here's an old concept I did... Reactions: Damon M, lights, vexred and 2 others
B

Noodles said:
I like it, but can understand why some wouldn't. Here's an old concept I did...

That would have been great

Only someone who hasn't seen a proper lenti would say that. They can make the images look 3D now and not flat with layers .... Lol 3 layers


Noodles said:
I like it, but can understand why some wouldn't. Here's an old concept I did...

Nice, better than this one
Reactions: Noodles

Noodles said:
I like it, but can understand why some wouldn't. Here's an old concept I did...

You really should post these on Zavvis Facebook when they announce their artwork. It's not WWA so they could change it if they wanted.

It's just morons on their Facebook posts always tell them what a great job they are doing even if it comes to the worst artwork ever.
Reactions: Noodles