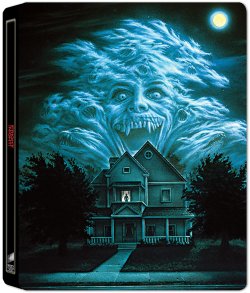 Love this film so much! Inspired me and my mates back in the day to convince ourselves that the weird bloke up the road was probably a vampire (He wasn't

- at least I dont think he was

), but yeah, fond memories lol. This is an excellent release!
Reactions: milky, jonnybobbytimmy, Hereticz and 1 other person

I have the french version released a couple years ago. Or was it the italian version. I forget. But yeah....there are seconds when it's a film I love. Day 1.
Reactions: milky and Lord Vader

Hey, that's not the one with Farrel and Yelchin...

Lenny Nero said:
Hey, that's not the one with Farrel and Yelchin...

Thank gawd for that
Reactions: MattBowers2020 and C.C. 95

jaffajakes said:
No UK if it’s Sony?
Click to expand...

Not unless the rights have reverted back to them.

The last version was from Eureka!

al i an said:
Ah man I would love this on my shelf.
Cough, cough possible group buy, cough, cough
Click to expand...

If you're trying to avoid ordering direct from Amazon then probably a group buy makes sense in that case.

I'll consider one.
Reactions: SamB389, milky, BDDB and 4 others

This is also available via Diabolik DVD. They having amazing packaging compared to Amazon (they actually use bubble wrap and boxes to ship items). Also, offer international shipping!

Amazon price will drop before release date
$38.99 is the (MSRP) price


Amazon will likely price match bull moose price $27.97 or be less if Best Buy sell at a cheaper price
You won't end up paying $38.99 as the price will drop


Amazon USA to a EU delivery address price + shipping vat is added at checkout so no customs looking for vat payment as it's already paid
Reactions: milky

EvilMokey91 said:
This is also available via Diabolik DVD. They having amazing packaging compared to Amazon (they actually use bubble wrap and boxes to ship items). Also, offer international shipping!

Hey members! I'm hosting a group buy for any of you people out there that are interested in Fright Night (1985) 4k UHD Blu-ray Steelbook. I AM UNABLE TO RETURN ITEMS IN BULK TO BEST BUY anymore. If you order from this GB you will be expected to...

I like that the image is a bit bigger than the Arrow version. But yeah no title is a bummer.
Reactions: jaffajakes

Flloydo said:
I like that the image is a bit bigger than the Arrow version. But yeah no title is a bummer.
Click to expand...

Arrow did not do a release for Fright Night