You are using an out of date browser. It may not display this or other websites correctly.
You should upgrade or use an alternative browser.
Added to Calendar: 08-16-21 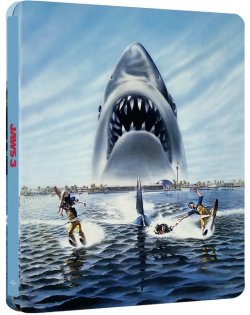 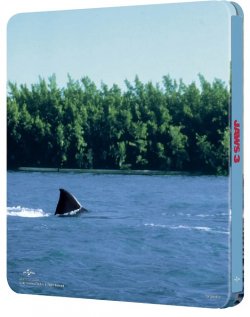 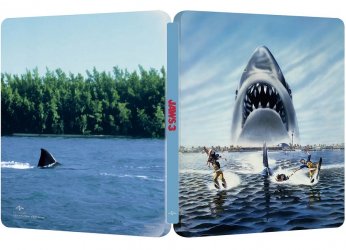 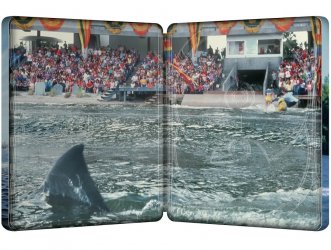 Never seen JAWS 2 & 3. Heard of lots of bad feedbacks on them.

IMO second one was not that bad...
Reactions: HalloweenNightJW, DADDYCOOL187 and goufcustom
H

when pre order open it now~~!?

I think Zavvi has finally jumped the shark with this one.
Reactions: leelee17, Robles, Lutzo and 7 others

Jaws 2 is a serviceable sequel but I’ll give 3 and 4 a swerve.

the shark is bigger than the city

I’d say Jaws 2 is actually a decent sequel that gets somewhat unfairly bashed because it was impossible to live up to the original.

Jaws 3 is admittedly terrible but it has something of a campy 80s charm, especially with all the egregious 3D popouts and really cheap special effects.

Now they couldn’t pay me to buy the fourth Jaws movie. As for the steelbook, this one really needs the title on the front but they are being consistent with the Jaws 2 steelbook.

Jaws 3 most notable in the Jaws Universe as being the Cocaine Cowboy edition due to the amounts of blow done during the film.
Jaws 4 most notable for the house it built Michael Caine's mother in the Bahamas.

As a Jaws super psycho, I'll be passing on these. Easy. Altho I kind of had a thing for Bess Armstrong.
S

What a strange world.

I'm assuming it's because if you go buy the regular blu-ray release of this dud it includes the 3D so they're surely just repackaging the same disc.

guilty pleasure! it will b mine!
L

stupid question. Did they do a Jaws 2 steelbook. Don't ever remember seeing one?

And just like part 2, Original art so I'm in
B

Wow... The return of the vengeance of the son of the shark.

Jaws 3-D was originally shot in 3D, and that's no joke. And it is rather successful.
Reactions: Space Cadet

Lollard2002 said:
stupid question. Did they do a Jaws 2 steelbook. Don't ever remember seeing one?
Click to expand...

in case you have not seen this, yep! they are doing one now at the same time - pop over to the thread here.

did they do one before? don't think so. 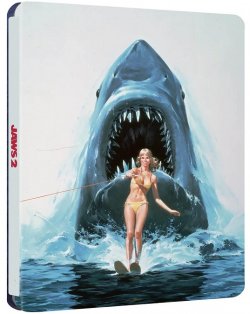