You are using an out of date browser. It may not display this or other websites correctly.
You should upgrade or use an alternative browser.
Added to Calendar: 12-16-20 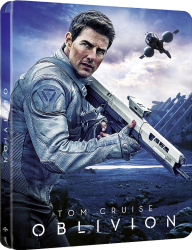 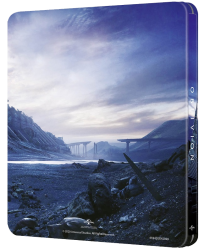 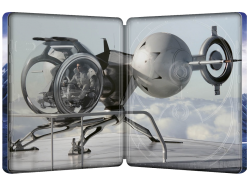 cllctr said:
is this retailer customs friendly?
Click to expand...

What country is your delivery address

Customers with a delivery address based outside EU Vat is not included
For those based outside EU you may still have customs look for customs duty payment depending on what rules apply in that country for imported goods.
Reactions: cllctr

I checked the past posts since they released the image of the Fullslip...wondering what people think about the front(back Art is perfect) ???

Other than the huge Tom Cruise face that seems out of place, I find that the other images cropped together do not flow

I expect this will be sold out soon

paulboland said:
What country is your delivery address

Customers with a delivery address based outside EU Vat is not included
For those based outside EU you may still have customs look for customs duty payment depending on what rules apply in that country for imported goods.
Click to expand...

He meant whether they'll mark the item at a lower value than it actually is.

@cllctr They mark true value on the invoice.
Reactions: cllctr

it was hard to make a decision. because exchange rate is rising day by day. when i added possible customs tax to total cost , i given up.
N

I was going to order this but then noticed that shipping to the USA has gone up 47% due to the impact of Covid-19, according to the EverythingBlu website. From now on I am calling this insufferable virus, Covid-47.
Reactions: Shark, DMD4k and BluSteel2012 DMD4k said:
...Do not reply that the slips are good.
Click to expand...

This is my first purchase from EverythingBlu.

What is the quality of the Fullslips ?

What about the quality of the “Art Cards” ?

Any info would be great appreciated

Actarus, I didn't mean the fullslips aren't good. If you followed the back and forth with Paul I only asked him not to reply the slips are good because I wasn't saying they weren't, it wasn't a part of the debate.
To answer your question though, the slips are good, good enough I'll say, IMO they are not using as good a card stock as FA, for example, and it's something they could improve on. I will also say this, as the Frozen thread has shown you like to remove the exclusive stickers and re-stick them elsewhere. Not sure I'd do that with the EB ones, while the EB vs FA card stock is not night and day, the stickers are. I haven't tried removing any of mine, but they look more fragile and even DIY to a point, so I'd be careful with that.
Can't help you with the art cards as I've not unsealed any of mine. Judging from the posters that they send in the poster tube and what not, I expect their quality is fine, but who knows.
Reactions: Actarus

Do you have a protective case for these EverythingBlu releases?

SCF11 is the closest thing, but it's very tight.
Reactions: Killi Zoltan

DMD4k said:
SCF11 is the closest thing, but it's very tight.
Click to expand...

I re-watched this film tonight. Really enjoyed it. Great visuals and beautiful score. After much thought, I pre-ordered the BluPack. This is my first order from EB. Not sure what to expect in terms of shipping time or the quality of the materials. Hoping for the best.

I noticed, no GET OUT, countdowns....

jailbird_joey said:
I noticed, no GET OUT, countdowns....
Click to expand...

This is the OBLIVION thread, so...
Reactions: jaws finatic and Shark

And I drew a parallel - raised a point.

jailbird_joey said:
And I drew a parallel - raised a point.
Click to expand...

People care more about securing a copy of Oblivion than Get Out. Not surprised, Oblivion is a better film IMO.
Reactions: Cyberpunk88, DMD4k and Actarus
Show hidden low quality content