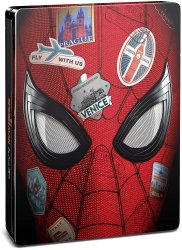 hmmmm not my choice of artworks but seems this is the best... good thing we’ve got all 3-disc 4K+3D+2D and disc arts look nice too...

Pre-ordered...anyone more info about what's in the box?

Vaako said:
Pre-ordered...anyone more info about what's in the box?
Click to expand...

Just what's in the pictures I think. This is the product description translated through Chrome

“Spider-Man: Far From Home” is now available on Amazon.co.jp only! As a
special offer on Amazon.co.jp, a special bonus disc that lasts only 30 minutes is included.

Paper Bonus Disc Package that can be stored in a special disc package!

* Bonus is limited. It will end as soon as it is gone.
* Design may change due to circumstances.

▼ Contents of the bonus disc
“The Spider Threads Around the World”

Starring Tom Holland, Director John Watts and other
staff and casts
explain the behind-the-scenes and episodes of the production together with the making video!
Special video benefits that can only be seen here!


Blu-ray 3-disc set (4K ULTRA HD main disc / 2D Blu-ray main disc / 3D Blu-ray main disc)
Originally designed main discs (3 types) only for this product were made here for Japanese fans. A super luxurious BOX set in a limited steel book that doesn't fit into a special outer box inspired by Peter's suitcase.
Gorgeous bonus footage including unreleased scenes and NG scenes for fans to see.
In addition to the gallery book that looks back on this work in the style of Peter's travel, the booklet boasting a 100-page volume enclosed only in this BOX is
Yusuke Murata, a manga artist who has worked on American comics many times so far.
Overwhelming support with art and interviews drawn by Mr. ("Eyeshield 21" and "One Punch Man"), an exclusive column by Supyuyo Sugiyama, one of Japan's leading American comic film writers, and numerous high-quality character figures It
is a very readable book with new discoveries for fans who have watched this work over and over , including contributions from the Hot Toys design team .
A super-luxury limited box that is sure to enjoy the world of the monumental work “Spider-Man: Far From Home”, a must-have for fans, and a number of records.
Click to expand...

£100 including shipping and import duty. ouch

Yes, ouch indeed... but you won't regret it lol.

OMG. This steelbook is exactly what I wanted for this movie.

Going to pre-order now, but wondering who else might be getting this art.

Amazon japan not allowing you to cancel closer to the release date is pretty wack. They are the only Amazon to do this.

The entire set does look good though

Too bad the movie itself was so disappointing. The plot was a rehash of "Iron Man 3," one of the worst MCU films.
Reactions: JCC and milky

A Rolls-Royce of steelbooks when compared to the others.
Reactions: DADDYCOOL187, 99sandthe2000s, DMD4k and 1 other person

tommyh84 said:
Just what's in the pictures I think. This is the product description translated through Chrome

So we get a complete wearable Spider-Man suit in the case?
Reactions: tommyh84

Vaako said:
So we get a complete wearable Spider-Man suit in the case?
Click to expand...

The pictures show the items/everything that will be inside the case... and the suit is the inner artwork, but you are kidding lol.
Reactions: djjez83

Much prefer the others on offer

Take the stickers off and it would look decent
Reactions: DMD4k
M

Unless Filmarena, KimchiDVD or some other premium retailer comes out with something better, this might end up being the best edition. Pre-ordered before it sells out!
Reactions: 99sandthe2000s, DMD4k and Dazzler_31117

They had me with that DVD Video logo 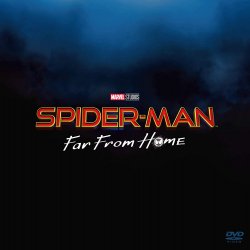 Stickers just perfect reminding me of well-travelled luggage . . . looks like this dude certainly gets around with those posters showing him at The Brandenburg Gate, in Paris, at Big Ben etc.:- MM3 said:
Unless Filmarena, KimchiDVD or some other premium retailer comes out with something better, this might end up being the best edition. Pre-ordered before it sells out!
Click to expand...