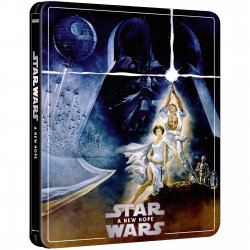 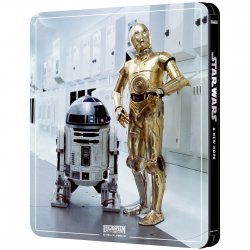 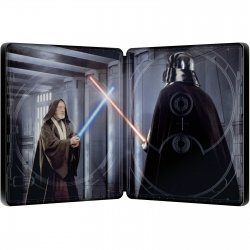 Last edited by a moderator: Jun 1, 2020
Reactions: Norwichlad, TheCollector86, Mobley and 14 others

JGCramp said:
If you're in the US, I wouldn't so much worry about losing your SB because the title is written on the label as I would be concerned about what's reportedly going on with the postal service right now causing backup and leading to more items being lost in transit. I wrote this on another site but I'll post it here as well. Take it with a grain of salt because this is just what I've been told - although today there have been a lot of media reports about delivery problems moving forward:

I live in Washington, DC and the other day I was down in my building lobby when the postal worker arrived and for the second straight day my building had no mail (he had mail to pick up, though). The woman working the front desk asked him what's going on and he said (in DC, at least) that the new postmaster general ordered the sorting facilities shut down for an entire day. He said the official word was cost cutting but that now they are so far behind in delivery that mail sitting in facilities could be delayed for weeks moving forward. Again, that's what a DC postal worker told me and I don't know if that only happened in DC, if it was a one-time shutdown, or if this will occur with regularity moving forward.
Click to expand...

I've see the reasons for this elsewhere. Yes the mail is going to slow down between now and November in the U.S.
It has to do with slowing down ballots that are mailed in to vote in the election.
Reactions: JGCramp

BluSteel2012 said:
I only noticed it for this title too. Never noticed it before so not sure if it was on there previously...
Click to expand...

weird, I mentioned this in another thread earlier. Hadn’t been in this thread a few days. But yeah the title on the postage sticker has been there a very long time. I first noticed it about 2ish years ago. It’s so weird and proper annoys me. Never ever known any other company to do that. Price yeah but not the title. Only place I can think does something similar is HMV orders. Or at least up until their last administration (possibly the same still) is your name and phone number will be on the sticker on the actual steelbook shrinkwrap but that was to do with the order going to your closest store for delivery or pickup.

Also with the previous convo, even if I’ve received a badly damaged steelbook from Zavvi I’ve always had to send it back for them to receive it first before I get a replacement (and/or refund of course). That process can take up to 2 weeks too and that was pre Covid so if I have a hunch something will sell out then I’ll send the damaged item back for a refund and re order a new copy. But I’ve never ordered 2x copies (or more). Didn’t realise so many do that. That’s nuts.... and costly
Reactions: BluSteel2012

I was really excited for this release, but it arrived today and honestly, I find it underwhelming. I think I'm going to bow out of this series and wait for the lenticular wave, or whatever Best Buy does. Too much money for a steel that seems a little bland in person.
Reactions: burtbird

Stygian said:
I've see the reasons for this elsewhere. Yes the mail is going to slow down between now and November in the U.S.
It has to do with slowing down ballots that are mailed in to vote in the election.
Click to expand...

I didn’t want to get into politics. But, yes.
Reactions: Stygian

I wonder if this will ever be of any real value? Seems like there's no shortage of them out there.......

Asking for a friend and his 6 copies!!!

No way this is only 3500 print run, there wouldnt be any copy on ebay now....instead it´s flooded with those, my guess they did minimal 2x 3500, if not even more
Reactions: MrSquifler

Hereticz said:
No way this is only 3500 print run, there wouldnt be any copy on ebay now....instead it´s flooded with those, my guess they did minimal 2x 3500, if not even more
Click to expand...

That's what I was thinking.

During the initial farcical launch (when it was only supposed to be available to RC members and everyone was ordering it from around the world!) after Zavvi pulled it for a few hours and put it back up again, I bet they increased the print run because of their fuk up!
Reactions: MrSquifler

I got my copy yesterday and it took 8 days to get it, so no difference on my past packages....and I love the Steelbook so maybe for some of you is underwhelming but I love it!
Reactions: MrSquifler, R4FFO, Stygian and 4 others

I like it too, maybe little bit darker than necessary, but it´s a beauty allaround

Anyone who lives near California receive theirs yet?

Mine still hasn't arrived and I live in Kent, UK. Also ordered 2 copies and neither has come so pretty sure they're lost in transit now.
A

Mine showed up today, 10 days from dispatch. A new record, perhaps.

Mine had spine slash, and Zavvi just offered a 20% refund. That's good with me!

ethnosax said:
Mine had spine slash, and Zavvi just offered a 20% refund. That's good with me!
Click to expand...

i can scratch your copy, so you will get 25%

fun aside ...you should ask them, if there's a chance for a replacement.

TheCollector86 said:
i can scratch your copy, so you will get 25%

fun aside ...you should ask them, if there's a chance for a replacement.
Click to expand...

I ordinarily would push for a replacement, but I'm just going to be selling this anyway, so it's fine with me this time to get a lower price, sell it, be done with it.

So three white cardboard mailers arrived today with my 2 copies of A New Hope and the other with my Endgame lenti steelbook. All three mailers were badly crushed on both ends and the one with Endgame was so soaked with rain water the cardboard was mushy.

Somehow both copies of A New Hope are mint except one has a bit of a spine slash (my friend's getting that one...) and Endgame has only 2 very minor dents (a small one on the bottom edge - its right by the end of the edge where steelbooks tend to be slightly indented anyway - and a tiny one that's hidden by the leticular. The 1/4 slip on my Endgame steel is so wet I had to delicately remove it and leave it by a window to dry. Not sure if I'll even keep the steel in that slip and use and SC3 or just toss it and use an SC2 protector.

I think I've used up all my steelbook luck for a while with this delivery..
Reactions: DADDYCOOL187 and steelmybeatingheart

still havent got my copies

How does that compare to the smell of a wine vat?

Stygian said:
How does that compare to the smell of a wine vat?
Click to expand...