Plot: Following the events of Capitain America: Civil War, Peter Parker attempts to balance his life in high school with his career as the web-slinging superhero Spider-Man. [/MOVIE1][POSTER1] 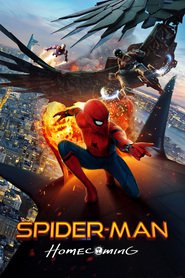 Official poster by Matt Ferguson, which will be available at select Odeon Cinema screenings in the UK. 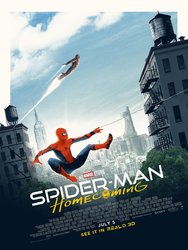 Is that suppose to be a 'High School Yearbook Cover' style poster?

Please Marvel, do not use this artwork on any bluray editions!

Is that suppose to be a 'High School Yearbook Cover' style poster?

Please Marvel, do not use this artwork on any bluray editions!

You watch. They'll stick that on a steelbook and it will sell out lol
Reactions: bloodsnake007

bigrob said:
You watch. They'll stick that on a steelbook and it will sell out lol
Click to expand...

It'll be the GotG walkman steel all over again (my local Best Buy sold out within an hour or 2)!

Here’s how it all fits together. In the climax of Iron Man 2, Tony Stark does battle with an army of killer robotic drones across the Stark Expo. On the ground, a young kid wearing an Iron Man costume stares down a drone, facing certain death, only to be rescued at the last moment by Tony himself. He even gives his young buddy credit for scene, quipping “Nice work, kid!” before flying away. And despite there being no evidence to actually suggest it, people starting wondering if this kid was Peter Parker. After all, the expo is held in Queens (the New York City borough Spidey calls home) and this kid is obviously science-obsessed enough to attend. Of course a young, brainy denizen of Queens named Peter Parker would attend the Stark Expo, right?

Still, the only thing powering this theory at the time was an optimistic hope that Spider-Man would one day brush shoulders with Iron Man on the big screen. And then Spidey showed up in Captain America: Civil War and got his own solo adventure with Spider-Man: Homecoming. Now, Tom Holland himself says that yes, that little kid from Iron Man 2 is Peter Parker. Here’s the quote (via ScreenCrush):

"I can confirm that as of today. I literally had a conversation with Kevin Feige only 20 minutes ago. Maybe I’ve just done a big, old spoiler, but it’s out there now. It’s cool. I like the idea that Peter Parker has been in the universe since the beginning."
Click to expand...

And that's meant to be the IMAX poster!?

Seriously, they have to be doing this on purpose now... no way can one movie have so many awful posters.
Reactions: Flloydo and bloodsnake007

And keep watching to video to see Spider-Man battle The Vulture in a new Homecoming Clip!

And keep watching to video to see Spider-Man battle The Vulture in a new Homecoming Clip!

It's all about the casual "I'm Batman" out of nowhere that even Colbert didn't notice how "simple" this simple sentence came out!

Lol what the **** are they doing to these posters

That's awesome, I actually love iron man 2 and I love that particular scene so to hear that has just made my day
Reactions: bloodsnake007

I'd love to have witnessed that

Image being that kid, you'd think it was real lol
Reactions: bloodsnake007 and harry

This is sooooooo rewarding to see an actor embrace his fans like this!!!
Reactions: bloodsnake007